Once upon a time I had something to say about gathering. It was good. It was really going to blow your mind.  I even messaged Kelli and was all “hey, I’ve got this post to write. It will probably win a Pulitzer. Just so you know.”  Then I went to Petsmart.  Also I haven’t left my house in two days. It’s been snowing.  A LOT!  So I’m in Petsmart and I need to buy crickets for my son’s frogs. But first I take a turn around the store. I went and saw the cats. Read all their back stories. You know like-  “This is Tiger. He was found wandering the streets drunk, disorderly and wearing only a t-shirt that said  party animal. Tiger would do best in a home without other animals to enable him.”   I wandered passed the guinea pigs, those guys are so misleading “hey, bait and switch much guys? you’re all cute and cuddly looking but you stink, you’re noisy and generally a real pain in the ass.”  One of them flipped me the bird. Which reminds me I almost got a bird. I don’t even like birds. Well that’s not true. I like birds, in the wild. I don’t think they make great pets. So i’m staring at the finches and I think “YES. I’m going to get a bird. Yes this is definitely happening. Where are the cages? I am going to need a cage. Where am I going to put the cage? Wait- No. Walk away…Just walk away. Oh look the frogs. I should definitely get another frog and name it Guinevere.”

It was at this point I realized I had perhaps gotten off track and also that I shouldn’t be left home alone for two days straight. The ironic thing about almost getting another frog is I went home and lost one of ours. No joke. I was doing the big clean on their terrarium so they were in a smaller enclosure and Flippy somehow escaped. The kids and I spent the afternoon into the evening alternating between searching and following the cat through the house convinced that:

A. SHE HAD SOMETHING TO DO WITH IT AND

B. SHE WOULD LEAD US TO POOR FLIPPY HIDDEN IN ONE OF HER SPOTS AROUND THE HOUSE.

We tailed her for twenty minutes only to find a stash of plastic lids and string. At one point the dog started to throw up and we followed HER to see if she would cough up the evidence. She did not and I think it was just the stress of the whole thing getting to her.  Then I remembered that the cat was parked in front of the corner hutch for a while today and I took a chance, Everything came off the hutch and I tipped it up to find underneath covered in dog hair and lint was our missing frog. He was fine and we managed to get him out from under the hutch and rinsed off. By the time we were all sorted and put away it was late and  I have no idea still what I was going to write about. And they lived happily ever after. The end. –Tarah What she actually said was, “I can’t think of anything to write.” And, then, when I get here to make the post I see that she’s written several hilarious paragraphs! Truth be told, I always have a hard time writing anything after I read Tarah’s stories. I just can’t compete. But, luckily for me I don’t have time to write anything. As you can see from our photos we are deep into the holiday season, and apparently I’m having a pink Christmas. Can’t talk now, must go apply glitter to something! –Kelli 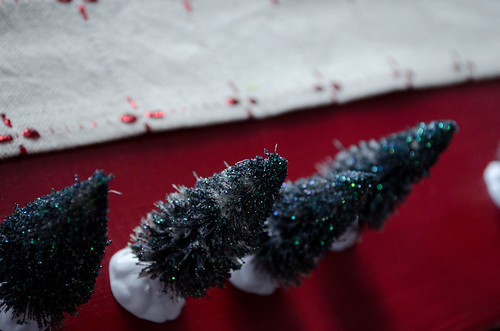 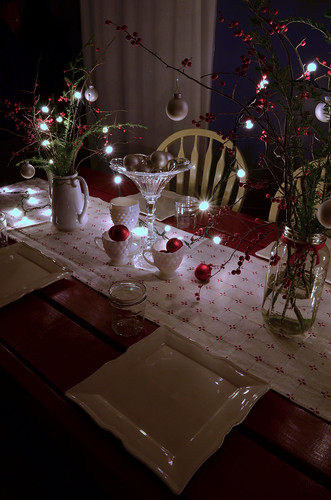 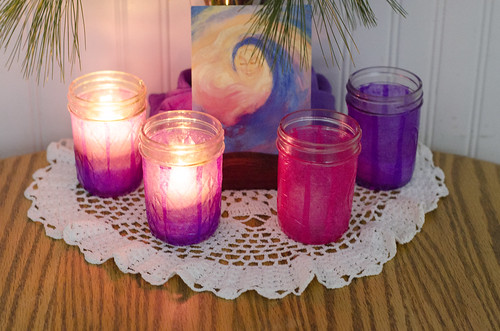 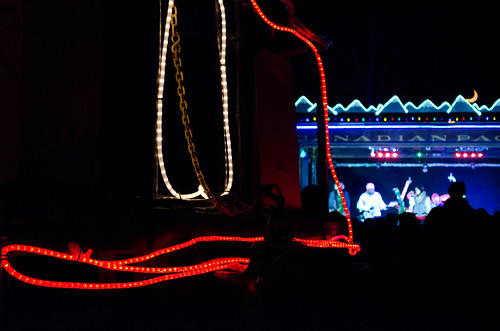 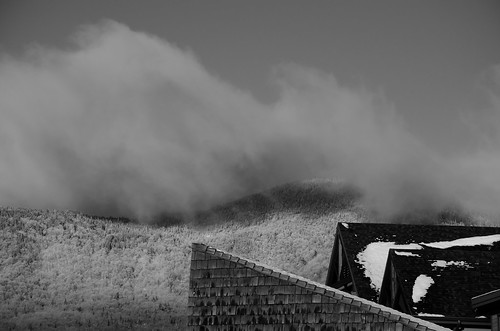 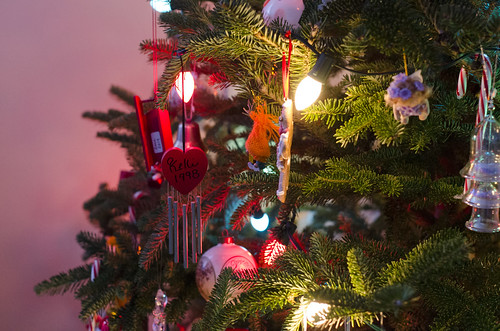 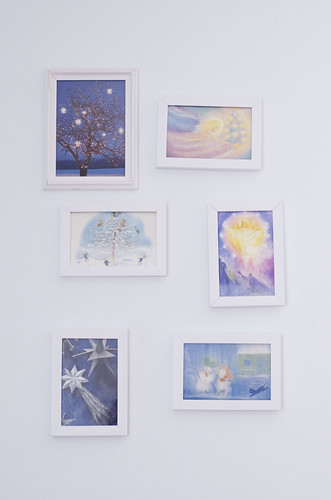 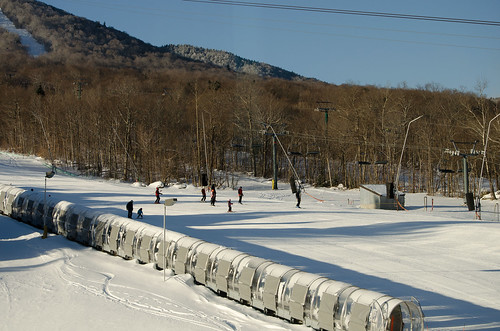 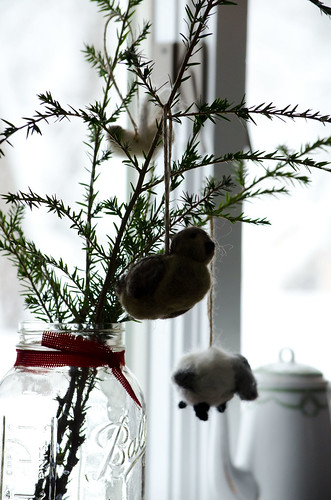 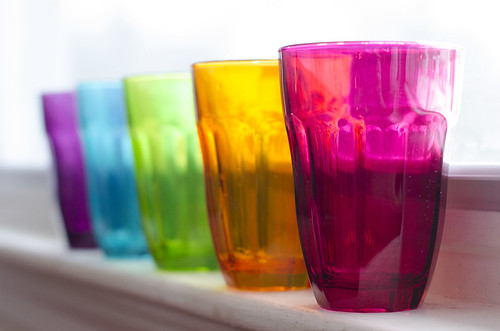 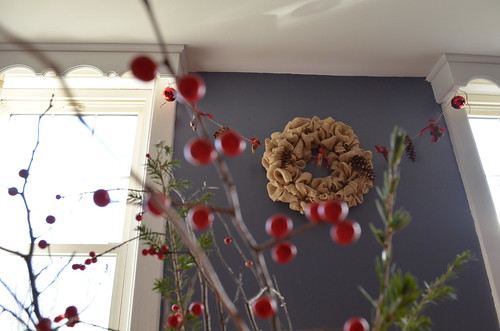 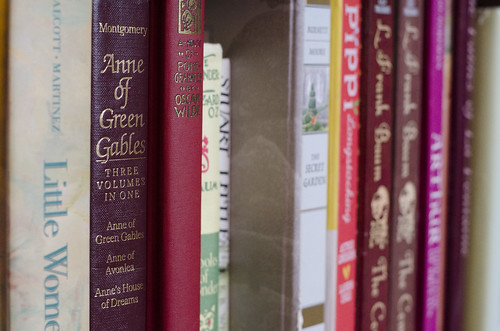 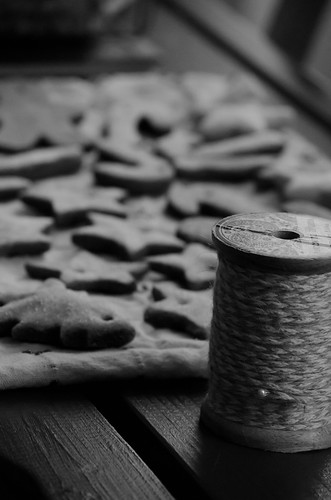 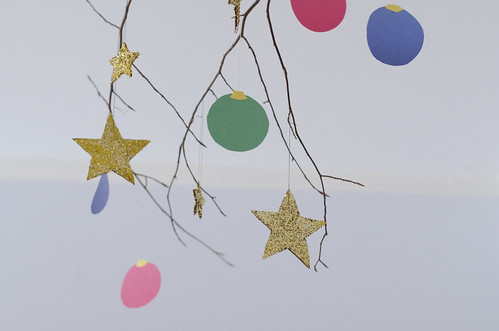